You are here: Home / How to play Domino

Getting Started With Dominoes

A domino is a small tile that represents the roll of two dice. The tile, commonly called a bone, is rectangular with a line down the center. Each end of the tile contains a number. In the most popular domino set, the double-six, the numbers vary from 0 (or blank) to 6. This produces 28 unique tiles, as shown in the diagram on the right.

A common domino size is about 2 inches long, 1 inch wide, and 3/8 inch thick – small enough to be held comfortably in the hand, but large enough to be easily manipulated, and thick enough to be able to be stood on edge.

Dominoes are referred to by the number of dots (or pips) on each end, with the lower number usually listed first. Thus, a tile with a 2 on one end and a 5 on the other is referred to as a “2-5”. A tile with the same number on both ends is called a “double” (or doublet), so a “6-6” is referred to as “double-six”. A double-six is the “heaviest” domino; a double-blank is the “lightest” domino value.

In addition to the standard double-six domino set, larger-sized sets are also available. Popular sizes include the double-nine (55 tiles), double-twelve (91 tiles), double-fifteen (136 tiles), and double-eighteen (190 tiles). The larger sets are used in some of the more complicated games. They can also be used to add variety to the simpler games, or to allow more people to play them.

Before a game or hand begins, the dominoes must be shuffled, so that no one knows the location of any given tile. Typically, the tiles are shuffled by turning them all face-down on the table, then moving them around in a random motion, being careful not to flip over any of the pieces. The collection of shuffled tiles is called the boneyard.

Before a game begins, the players have to determine who has the first move. This happens in one of two ways: either each of the players choose a domino at random, with first move going to the player holding the “heavier” domino (these dominoes are returned to the boneyard and reshuffled), or the players draw their allotted number of tiles (which varies according to the game being played), and the holder of the “heaviest” domino goes first.

Once the players begin drawing tiles, they are typically placed on-edge before the players, so that each player can see his own tiles, but none can see the value of other players tiles. Every player can thus see how many tiles remain in the other players hands at all times during gameplay.

Once all the players have drawn their dominoes, the first player (determined either by the drawing of lots, or by who holds the heaviest hand) places the first tile on the table. Typically, this is the double-six. If no one holds the double-six, then the double-five is played, and so on.

In most domino games, only the “open” ends of a layout are open for play. An end is open when it has no other tile connected to it. Often, a double is placed cross-ways in the layout, straddling the end of the tile that it is connected to. Usually, additional tiles can only be placed agains the long side of a double. However, the rules of some games consider all four sides of a double to be open, allowing dominoes to be connected in all four directions.

At any time, due to space constraints or mere whim, a tile may be connected at a right-angle, creating an “L” in the layout.

As the turn passes from player to player, if someone cannot make a move, they’re going to do one of two things, based on the game being played. In “block” games (or if there are no tiles left inthe boneyard), a player must “pass” if he cannot make a move. In a “draw” game, a player can draw a tile from the boneyard. Depending on the game, he can then either play it (if it fits, and if the rules allow), pass (if he cannot play the drawn tile), or continue drawing until he can make a move or the boneyard is empty.

When playing a multi-round game, domino games are typically scored by awarding the number of pips on opposing player’s tiles to the winner. Doubles may be counted as one or two (if one, a 6-6 counts as 6; if two, a 6-6 counts as 12), and double-blank may either count as 0 or 14. (These rule variations must be agreed upon before the game begins!) The player who reaches the target score (100, 200, or whatever is agreed on among the players), or the player who amasses the most points is a given number of rounds wins the game.

Add a cigar moment to your event

Let's get in touch and make your event unique 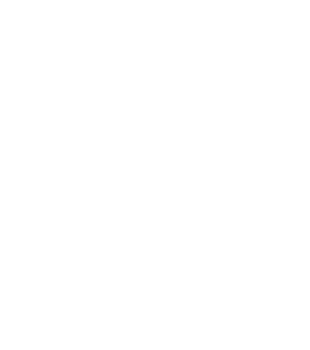